The usually traffic-clogged streets of the world’s cities were closed on the 22nd of September as part of World Car Free Day.

More than 2,000 cities in 46 countries took part this year, encouraging residents to walk, cycle or try public transport. Organizers say that many people find that cycling or walking is actually faster than sitting in their cars in a traffic jam.

London shut its busiest roads to vehicles for a day

Car Free Day has been building momentum ever since a smattering of cities – Reykjavík, Iceland, Bath in the UK and La Rochelle, France – first put the idea into practice back in the 1990s.

The first national car free day was held in the UK in 1997, followed the next year by France’s “En ville, sans ma voiture” (“In town, without my car”) campaign. The European Commission got behind the idea at the millenium and has backed it ever since.

Turning off the engine

This year, London invited citizens to see the city in a new light with a programme called Reimagine which closed 27km of streets to traffic. The city also put on a range of activities tying into the green and healthy living theme, including meditation sessions on Tower Bridge and a hedge maze in the heart of the financial district.

More than 300 Play Streets, 15 borough events, 27km of Central London roads opened up for people to enjoy, and thousands & thousands of Londoners enjoying their streets car free! A huge thank you to everyone who helped organise a great #CarFreeDay I can’t wait for next year!! 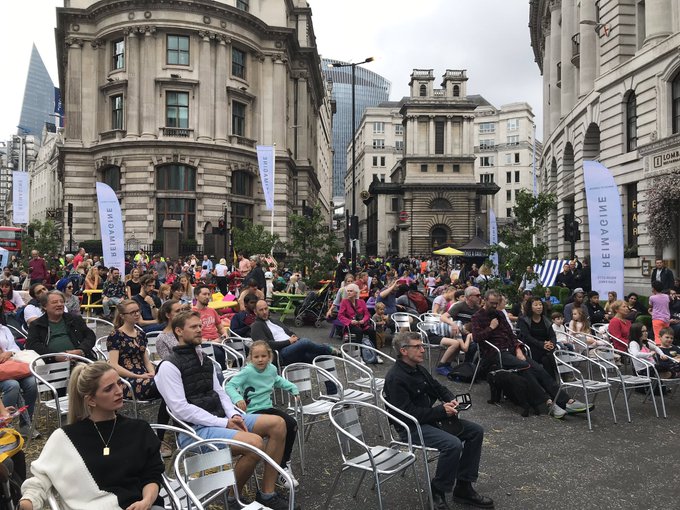 Over in the United States, a car free day in New York in April this year saw the city close multiple blocks to traffic, with walking events and cultural activities also on the agenda.

Closed to cars, open to people

As public awareness about the need to curb emissions from vehicles grows, traffic free zones in cities are proving increasingly popular. London’s central shopping area around Regent Street closed to traffic every Sunday during the summer. And Paris mayor Anne Hidalgo is set to build on its car free day by repeating its ban one Sunday every month from October in the four central districts of the city.

Norway’s capital Oslo is on the road to becoming a car-free city. It has been reclaiming space previously used by cars and prioritising a more pleasant environment for pedestrians and cyclists. Car parking slots are free to be transformed into spaces for outside dining, cultural activities and playgrounds.

Tokyo closes its popular Ginza shopping district to cars on weekends; in Australia, the city of Melbourne is looking at ways to make walking a better option.

And for Colombia, the concept of going car-free is old news. Every Sunday since 1974 the capital of Bogotá has been closing its streets to traffic. Roads that normally teem with 1.5 million cars, 50,000 taxis and half a million motorcycles are opened up to pedestrians and cyclists.

But not everyone approves of the idea. An attempt to hold a car free day in the Sri Lankan capital Colombo earlier this year was met with strong opposition from women’s groups who said they needed the safety of a car to avoid routine sexual harassment on the streets.

Our streets can be risky in many ways. The World Health Organization says 80% of the world’s urban population suffers air pollution which exceeds safe levels, in some cities by as much as five times, representing a major threat to health. The WHO estimates that air pollution causes 4.2 million premature deaths every year.